Samhain has become increasingly important to me as the years go by. And although my celebrations are still far from over, for nowadays the festival seems to spill over into days rather than hours, to fit around complex working patterns and the need to co-ordinate many people, I still hold Samhain night as the most sacred.

Last night I chose to spend time with a lovely group of people honouring the ancestors in a way that couldn’t have been more perfect for me if I tried. For mere miles from the town where my father and grandfather grew up we performed a Despatcho ceremony. A ritual quite literally from the land of my paternal ancestors.

A Despatcho is in essence a living prayer bundle, used in a number of ways. It can be for healing, emotional or physical, gratitude, honouring or even celebrating such as blessings for births, deaths and marriages.

A mandala is built up slowly over time, with each item representing something the participants wish to pray for, or honour. Last night we gave thanks for the land we live in, all the peoples of this world, human, animal, vegetable and mineral. We gave praise and thanks to our ancestors and offered up Kintus sets of 3 leaves which we infused with our intent. I chose my leaves very carefully. One Sycamore, one Bay, one Ivy. Make of that what you will 😉

We also honoured our ancestors with sound, participating in drumming in the winds and spirits of the directions, the spirits of those above and below, the spirits of place and Mother Earth. Followed by a Gong bath that allowed us to fall into trance and if the ancestors wished it, receive messages and guidance. It was terribly moving. And I truly felt a weight lifted and a child like delight return to me after the Despatcho was passed over me.

However, I would dearly love to know who Michelle is, for whilst in trance a young boy came to my side, knelt down and told me to say to Michelle that she will not find the stone for her ring. Not very mystic I know, but hey we don’t get to dictate what the spirit world offers us. Obviously its very important to somebody somewhere or they wouldn’t have bothered breaking through into my reverie. If this relates to you, please, please tell me, my curiosity is eating me up. 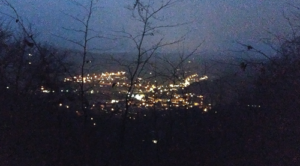 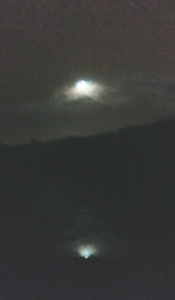